Ricardo Cases is a Spanish conceptual photographer born in Orihuela in 1971. His work is distinguished by a use of intense colors, whether he is documenting traditional activities in rural Spain or gently poking fun at the peculiarities of city living. Photographer earned his BA in Sciences of Information from the Universidad del País Vasco, Bilbao.

At first sight, here and now, one would think of reality as a chaotic and anarchic progression. Some kind of illogical, unpredictable and  messy disaster. If things really have any kind of logic to them, it lays well hidden behind a curtain of banality so thick as to make it invisible.

However, at some very exceptional moments, life relaxes and reveals itself; the automaton lets its bowels be seen and its mechanism becomes momentarily evident as a logic of chaos that explains everything to us. These are ephemeral moments that go by unnoticed and disappear immediately, without anybody witnessing the epiphany.

Then sociologists and psychologists will come forth with all of their explanations,  along with economical theories and anthropological investigations.  They will all wonder: what is man? What does it mean to be Spanish? How did we get to this? Does Good exist? And what about ethics? Is there an order to things? Is there any salvation for us as a people? As individuals? They will put forward hypothesis without knowing that a lot of these questions have already been answered, while no-one was looking, in those brief flashes during which the secret mechanics of chaos showed themselves mockingly and unnoticed.

There comes a time for a photographer when documenting visible reality is not enough any more. To document the surface is to document symptoms, consequences, it is to get there late. When one wants to really investigate the life that surrounds us, it becomes necessary to find a way of documenting the not visible, the essential. The mechanisms.

If one ignores the surface and pays attention to the signs, in the immediate surroundings of the photographer (in this case, the fertile region of “Levante” – i.e. the east coast of the country – , one of the hottest spots in contemporary Spain) one can find a scale model of everything, a laboratory where these mechanisms manifest themselves freely. One does not need to go any further away to find evidence of major phenomena. “El porque de las naranjas” (The reason of oranges) is not therefore, literally speaking, a portrait of Levante. It is a portrait of the spirit of Levante, and thus of the spirit of entire Spain. 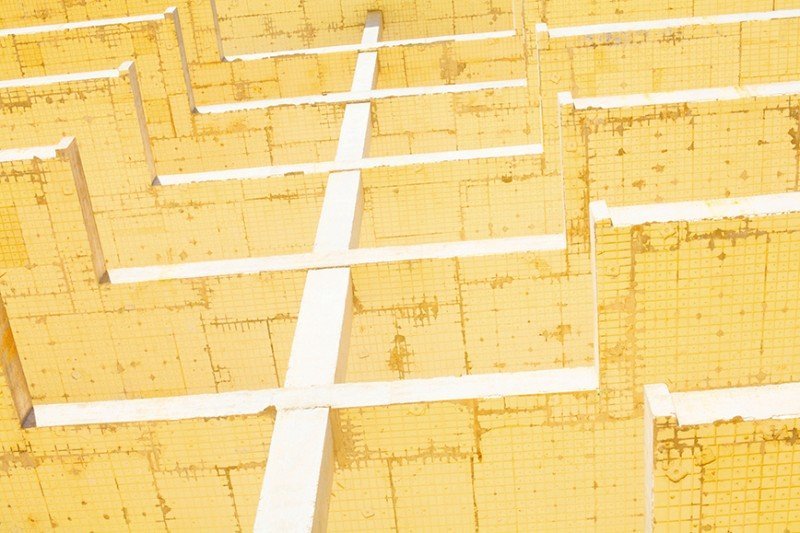 The procedure is to capture the inner logic and the connections, exactly as a nuclear physicist tries to capture Higgs boson: going out on the street and trying to hunt down the elementary particles, in order to make visible the laws that regulate the universe. The procedure is to go out and hunt ghosts that only the camera can reveal.

“To dress the Idea in a sensitive form”, as the Symbolist poets did, but with a fundamental difference: this is not about building images, but about recognizing them. Photographs don’t mean to say anything, but they end up doing it all the same. The procedure is that of always walking with one’s eyes open, wandering around the surface waiting for that moment in which reality shows itself and then capture it. It is to look for the outcrops of truth, something very concrete and complex that the photographer recognizes immediately. It is not about explaining it; it is not his job to give any explanations. It is enough to say:  “this is what I have found. Something is going on here; there might be an answer here”.

For the kind of questions that concern us, these images are the only possible answer. We must not expect from them more than they do: they have no development, we cannot extrapolate them and they don’t allow us to make any conclusion. An analysis would be out of context as they establish purely photographical connections, not transferable to verbal thinking. Nevertheless when we see them we know that they are true, that they contain a key, trapped inside of a stable isotope. They are landmarks that allow us to draw our way, to open a via ferrata towards a better understanding. Captures of Higgs boson: once caught, we have proof. For the photographer, this process is a personal journey that requires him to erase the filters of reason, to surrender all barriers and to open his mind, tune it to the environment. It requires him to dive into the absurd and look for signs. To the trained eye, to the sensitive and alert soul, reality is something startling.

Then comes the moment to sit and observe what has been captured, to interpret and to filter, to get rid of the easily explicable and conserve only the mystery.

For the spectator the result, once it has been distilled, will be a radical and unsettling journey, an immersion into a logic deeper and mightier than reason, one that imposes its truth. The mechanics of chaos are all there, disturbingly powerful.

Sometimes, in the middle of the game, God turns one of his cards over and shows it to us, to mock us even more as He defeats us. This collection of pictures is what the photographer has been able to discern within the pack of cards. 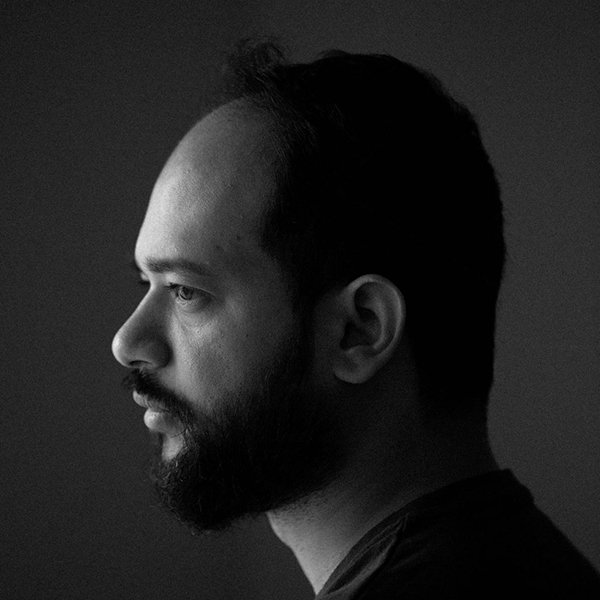 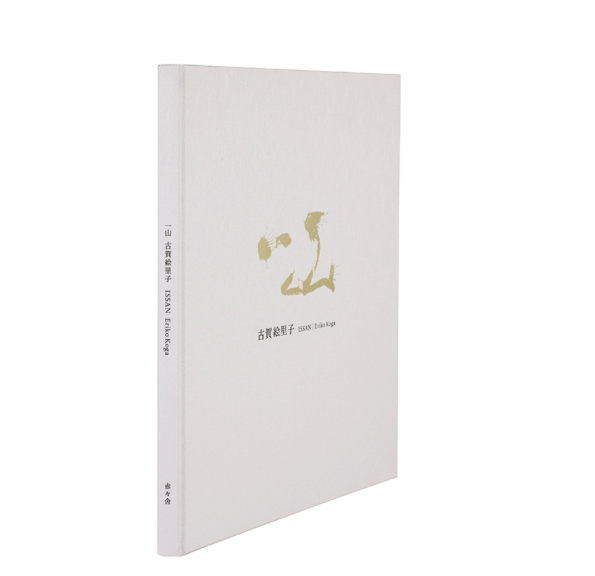 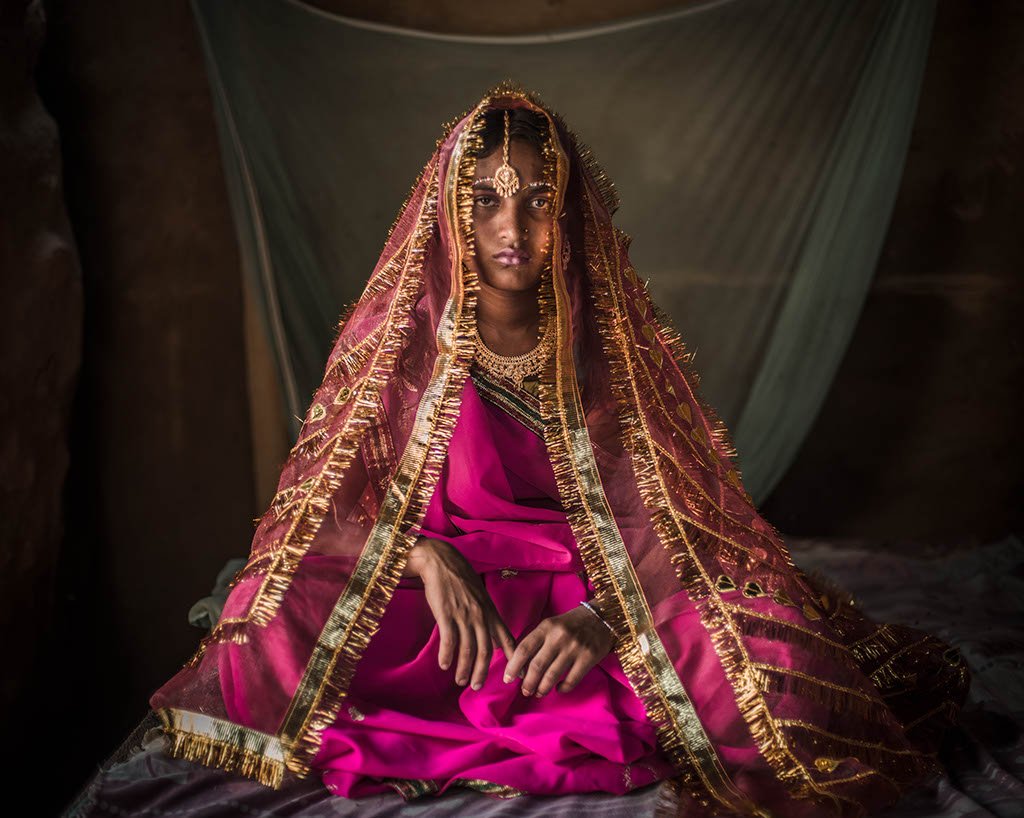 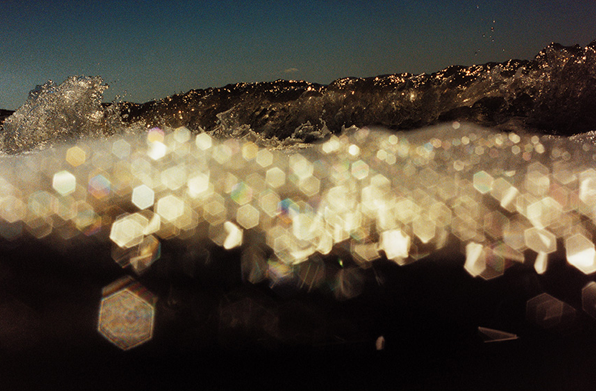 Asako Narahashi: Ever After

Japan –   In Narahashi’s previous photobook, ‘Half Awake and Half Asleep in the Water’, (published in 2007 by Nazraeli … 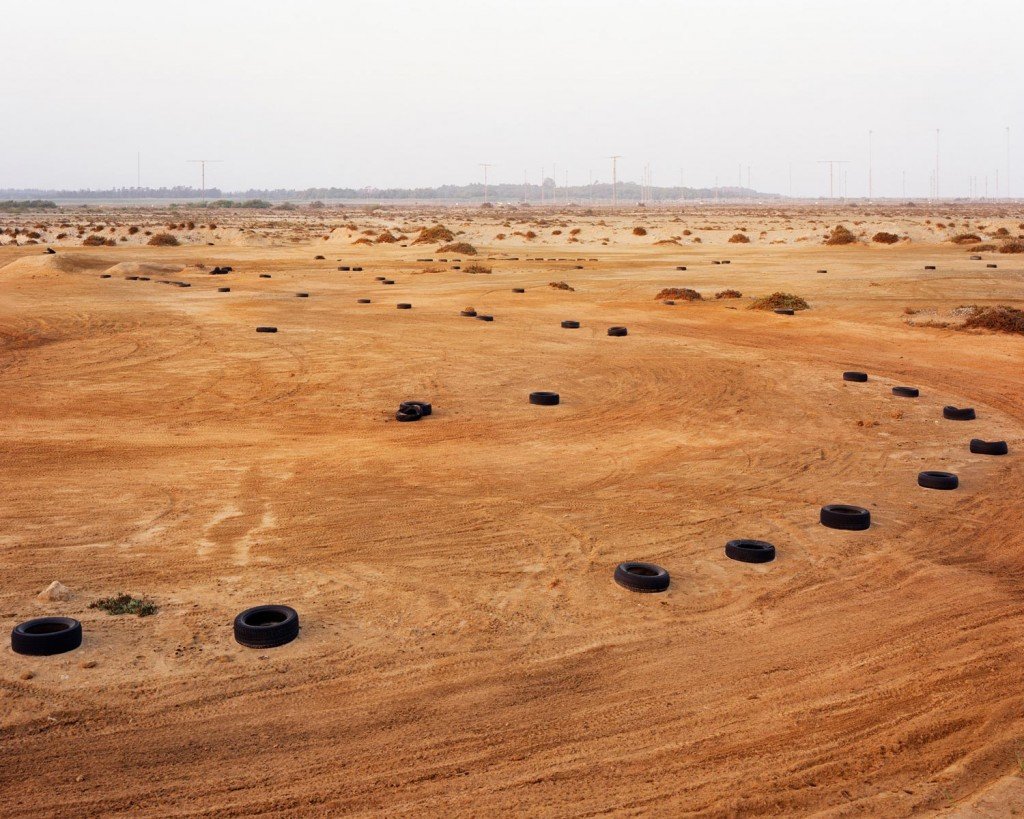 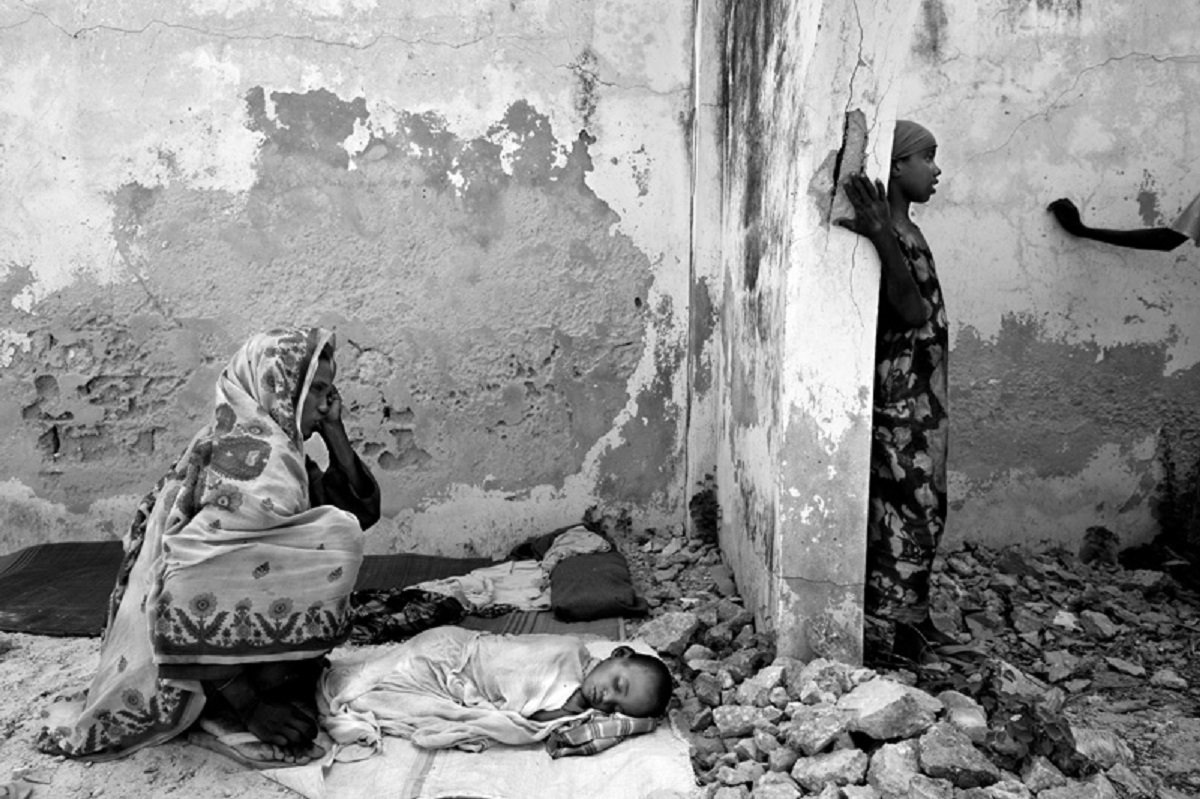 The Plight of the Pathans – Hossein Fatemi

Afghanistan – Afghanistan used to be a peaceful country, popular with hippies coming from Europe and South East Asia. But … 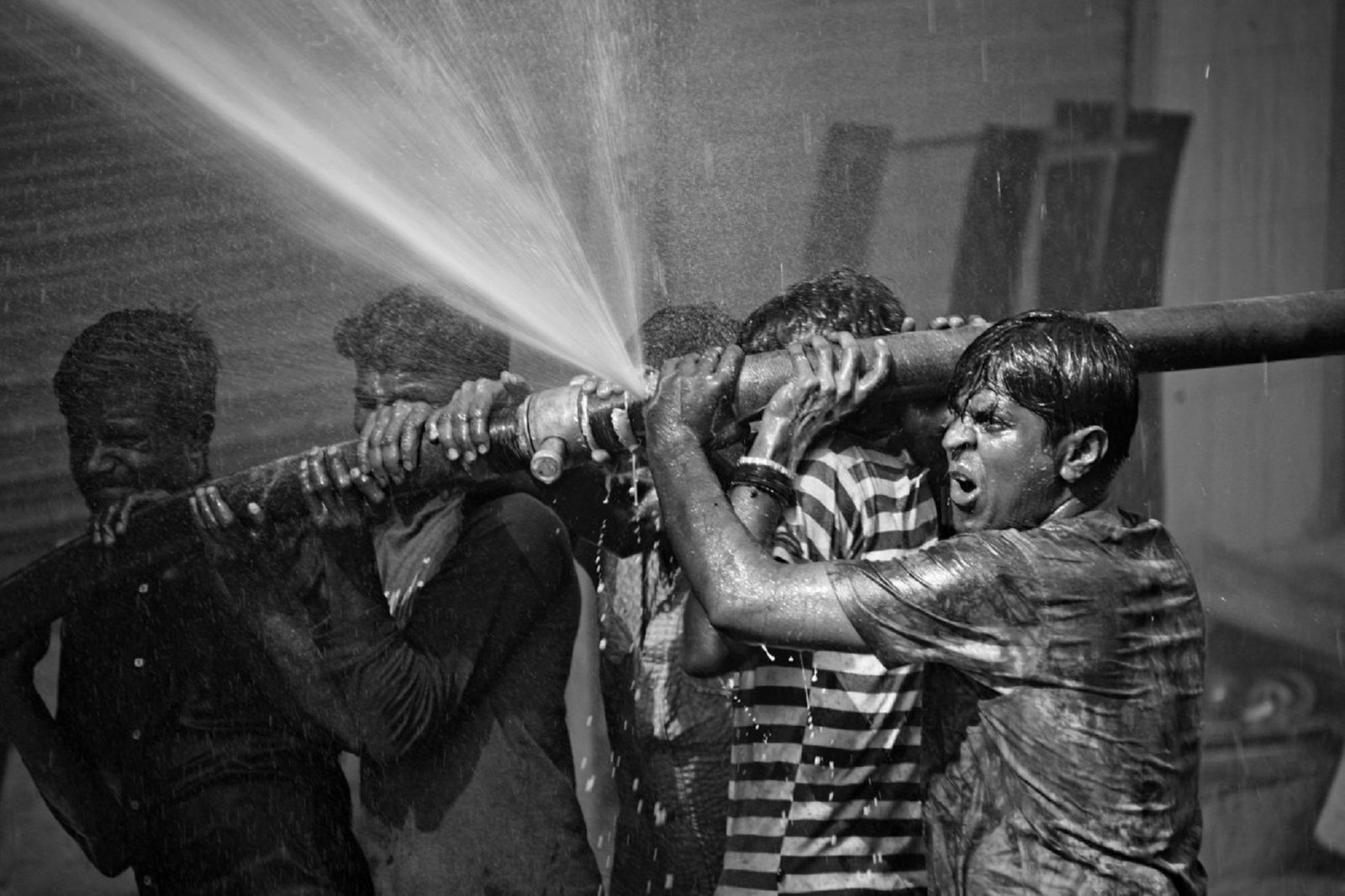 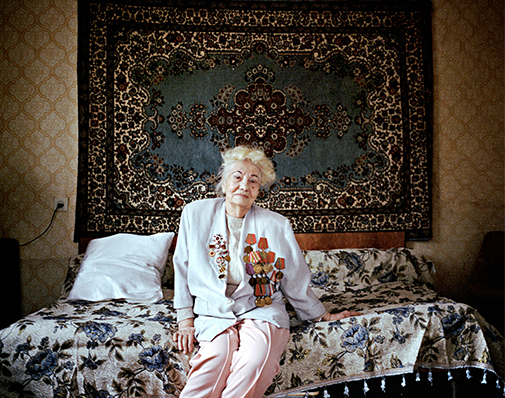